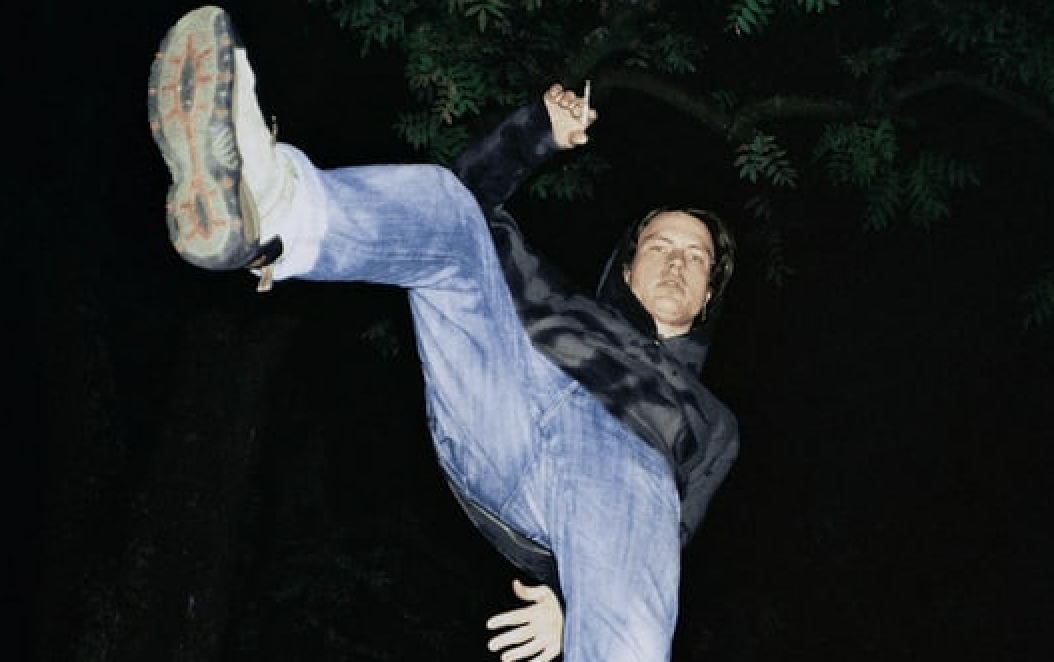 My work as a milking robot sales representative is very travel-intense and it the same time it is vital to keep a clear head to sell as many milking robots as possible so when travelling it is always good advice to look up spots to hang out at to really take in the vibe of any specific city or place ahead of time.

My travels once took me to the East-Westphalian capital Bielefeld and the spot I identified to hang out and have a coffee at was the so called „Kesselbrink“, a public square with various benches, shops and cafes around, so I went there before an important appointment. At its westside there is a small skatepark. Without paying much attention I took in the sounds of the rolls on raw concrete, the clicking and clacking of wood on wood, muffled screams and lots of swearing, mainly enjoying my Naturtrübes Radler and the East-Westphalian light breeze brushing my face. There was however a figure, a shape, that flew around the corners of my eyes with such vigour and ferocity that I couldn‘t help but focus on it.

It was a young man that fearlessly spun, jumped and grinded out an audacious performance.

I followed him closely, getting really excited at some, really anxious at others but yet completely gripped at all times. I was so entranced that I forgot to check the time and once I did I had already missed my appointment with a client. My phone showed 7 missed calls. I panicked briefly but quickly resigned to the fact that the commission on these milking robots was gone forever. Onwards and upwards though.

In my youth in Essex I had been an avid raver and as there was a party in a venue called „Forum“ I decided to simply dance my worries, anger and self-doubt over the missed appointment away.

The warm-up Djs were fine, I got into a nice groove and had a few beers but ulitmately the party felt like it lacked a certain je-ne-sais-quoi.

I walked to the wardrobe to get my coat and as I was waiting there while the wardrobe person searched for it when I heard the familiar sound of rolls on raw concrete and a shape moved past me with the same vigour and purpose I had witnessed earlier. Needless to say it was the young man I had watched skate before – and he was ready to play his set. I went after him and left the wardrobe person standing there who proceeded to yell things at me in German which I didn‘t understand and didn‘t care to find out either – I was on a mission to get to the dancefloor immediately.

The following hours blur together. Bass and time warped together into an amorphous blob of extasy. I only recall brief moments – Jeff Mills‘ ‚The Bells‘ playing, daunting transitions from pummeling Detroit Techno into listening UK Hardcore. After he‘d finished with great a crescendo I was exhausted yet elated. I went back to the Hotel and slept for what felt like four days. I never got to thank him for that evening.