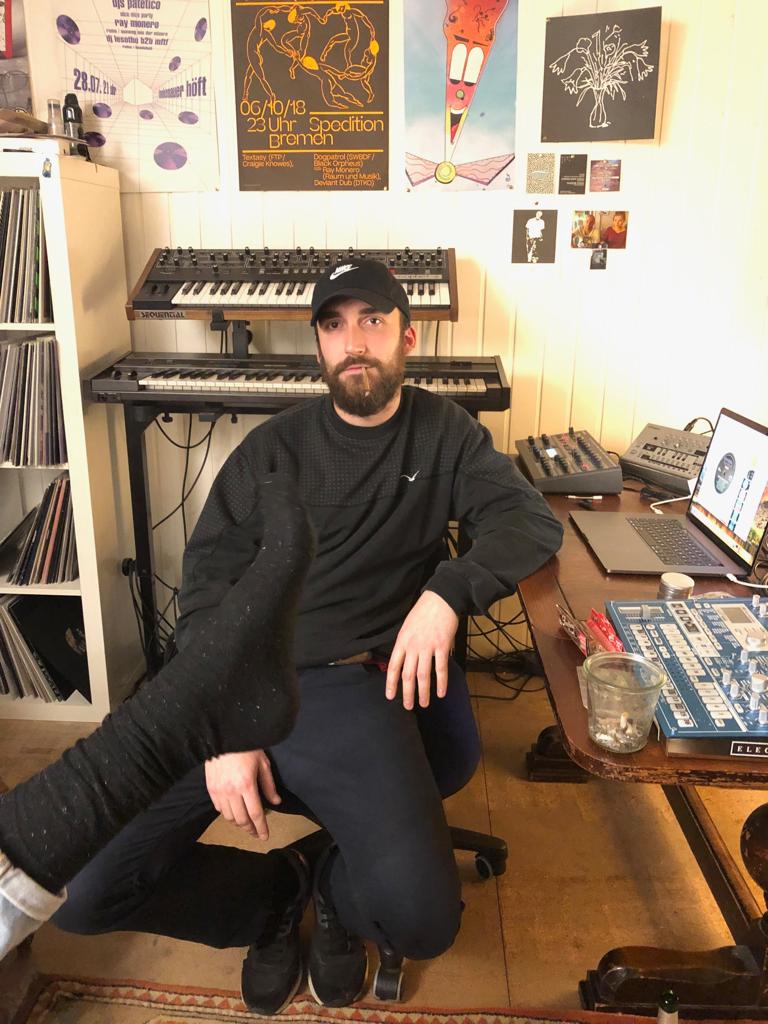 Dance music culture in Germany is underestimated, undervalued and horribly monotonous. If you‘ve lived in any other place than Berlin you will have experienced that first-hand. In fact our rigorous statistical analysis shows, that, if you take Berlin out of the equation, there are only approx. 0.6475 proper event series dedicated to diverse range of rave music in any city with a population over 100,000 people. But no need to despair.

Growing up in a lot of different places all across Germany Ray has experienced exactly that. In 2009 he started making hip-hop, already organizing events, until he made the segue into electronic music in 2012. His hometown Bremen didn‘t really offer what he was looking for though. HQ electronic events were very few and far between while Tech House and Hip-Hop were taking up most of the weekly schedule of the few clubs.

What can you do though?

Well, luckily, what Bremen lacks in club culture it makes up for in abandoned warehouses and, to a lesser extent, audio rental services. So Ray just got his hands dirty and did it himself. He and his partners in crime started to throw huge raves, bringing artists like DJ Normal 4, Bufiman, Textasy Mix Mup, Dynamo Dreesen, Luz1e and DJ Swagger to the Hansestadt.

Artists who, let‘s face it, might otherwise only have briefly appeared in the city in a professional capacity while on the train to play in Hamburg. And not only did the off-grid format of the events enable them to book artists and curate music diversely, it also enabled them to practice a properly inclusive culture, exposing people to underground rave music who would otherwise just have been turned away at the door in a club setting, working actively against gatekeeping both in the literal as well as the metaphorical sense of the word.

The off-grid event series grew further and beyond Bremen into events and cooperations with Kancho in Heidelberg and Mannheim, K.R.O.F. in Hannover and Humboldthain in Berlin. Ray Monero now runs the Cologne club JAKI (part of the infamous Stadtgarten) alongside Magnus v. Welck and Søren Siebel.

This belief in diverse rave culture and music finally culminated in the foundation of the label GHETTO TRAXX with his best friend DJ TJ dedicated to champion the dirty and hard sound of the underground, now even having grown into an agency.

Ray Monero maintains his hands-on approach towards dance music in his own productions and DJ sets consisting of rave music of different styles such as Electro, Breakbeat, Techno and Hardcore (the good kind). He released music on Labels such as FTP, Kein Rauch ohne Feuer, Subwax and Blaq numbers.